Get all the current news and opportunities from periwinkle 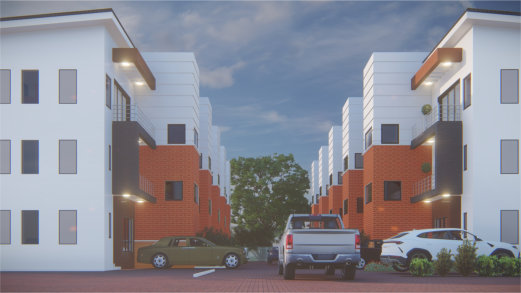 Lekki is a city which is located in Lagos State, Nigeria. Many estates are located within Lekki because of its strategic geographical location in Lagos. Lekki is located towards the east side of Lagos State. It is a naturally formed peninsula. To its west side, we have Victoria Island and Ikoyi districts of Lagos. It has the Atlantic Ocean to its Southside, Lagos Lagoon to its North and Lekki Lagoon to its east.

Did you know Lekki was named after a Portuguese sailor MrLecqi? Lecqi arrived in Lagos around the late 18th century to the early 19th century and settled in the present-day Lekki, he was initially a salt trader and later switched to the slave trade.

Lekki Phase 1 started as a government scheme, but estates started springing up in Lekki due to the desire of many residents to have an exclusive neighbourhood with controlled in and out movement. The popular estate in Lekki includes Treasure gardens by UPDC, Stillwater gardens, Pinnock beach, Victory Park, Cadogan and the Luxury Periwinkle lifestyle estate in the Lagoon district of Lekki Phase 1. Another reason why there are many estates within Lekki is its proximity to Victoria Island and CMS which are the major central business districts in Lagos state.

Most Estates in Lekki have lush green areas with modern facilities which attract the members of the high class in the society who are predominantly the residents of the estates. However, some estates in Lekki have flood control issues which are a major challenge in Lekki because of its waterlogged nature and proximity to the lagoon.

For developers planning to have estates in Lekki, it is important to have a beautiful layout, fantastic flood control mechanism and ensure security within and around the estate is tight. Those aforementioned parameters are very important to the success of any estate project anywhere in the world but the emphasis should be laid on flood control for Lekki neighbourhood due to the nature of the terrain.

Open chat
Hi, too many choices? I can help you share more information about any of our properties.